Iron ~ do vegetarians get enough?

HomeConcernsIron ~ do vegetarians get enough?
March 13, 2013 by VegSteve in Concerns 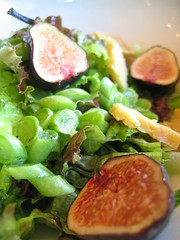 “Incidence of iron deficiency anemia among vegetarians is similar to that of non-vegetarians. Although vegetarian adults have lower iron stores than non-vegetarians, their serum ferritin levels are usually within the normal range.”

This is good news for vegetarians worried about getting enough iron. But women need to take extra care as they require twice as much as men.

Women – recommended daily allowance (RDA) is 33 mg of iron per day for vegetarian women and 18 mg for women who eat meat. Due to blood loss during menstruation, iron deficiency anemia is more of a concern for adult women than it is for men.

Men and postmenopausal women – RDA is only 14 mg of iron per day and 8 mg for those who eat meat.

Why is the RDA for iron set higher for vegetarians?

While only about one fifth of the iron in a standard diet comes from meat, plants contain non-heme iron which is not as easily absorbed as the heme iron that makes up two thirds of the iron in meat. According to Jack Norris, RD, this is controversial because the recommendations were not based on studies of vegetarians, but instead on vegetarian diets designed to reduce iron absorption. The RDAs for vegetarians don’t properly take into account the benefits of adding vitamin C and avoiding tea and coffee at meals.

What are the best plant sources of iron?

What are iron inhibitors?

Calcium supplements, black or green tea, coffee and chocolate inhibit iron absorption if eaten at the same time as iron-containing foods. The solution is to have them outside of meals. Phytate (or phytic acid) found in the hulls of legumes, seeds, nuts and grains is also an inhibitor of iron when eaten at the same time, but these foods also contain a lot of iron so the effect is offset. Phytic acid is also reduced by cooking, soaking, sprouting and also during the making of foods like miso, tempeh and yeasted bread that involve fermentation. Phytate also plays a powerful role in prevention of colon cancer and osteoporosis. See http://en.wikipedia.org/wiki/Phytic_acid

Do longterm vegetarian have a harder or easier time getting iron?

Good news. Norris has observed that some women have trouble getting enough iron on a vegetarian diet initially, but over time their bodies become efficient at absorbing non-heme iron. And the American Dietetic Association states that: “there is evidence that adaptation to low intakes takes place over the long term, and involves both increased absorption and decreased losses.”

There are some advantages to having a lower iron intake: Lower iron levels are associated with higher glucose tolerance and might help prevent diabetes, and high iron levels have been linked to cancer.